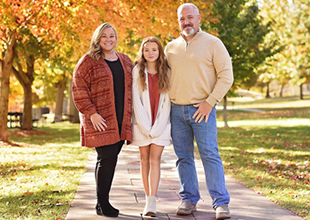 Hello and welcome to my place on the web! I'm Todd Swift, our local Web Developer and Graphic Designer for ThemeKings.

The first time I sat behind a computer was at a friend's home during my 6th grade year. A few things that I can remember about his father's computer was that it had a really small monitor, perhaps only 9 or 10 inches in width. I also remembered that we had to load all its software information from a cassette drive. In 1982 it wasn't everyday you could find a computer in someone's home so I was completely fascinated. Eventually we were both stricken from his dad's pc after we argued over who was going to sit behind the keyboard.

The next time I was able to use a pc was during my 7th grade library class, the "Apple IIe". This was the very first time I had a hand in designing computer generated graphics. Eventually, by using large yellow pixels and a very lengthy script I was able to display a large smiley face on the screen. I was immediately hooked!! Oh the possibilities....

During those younger years I would hand draw landscapes and animals on paper imagining how they would appear like on screen, while writing the program on paper visualizing the image taking shape. Unfortuantely I didn't own my own PC until I was an adult, so I was not able to further developed those skills and knowledge at a younger age. I often wonder what I could have done or become if my family had been able to afford our own personal computer early on. In 1982 a personal computer cost between $1,200 and $1,500.00. That's equivalent to around $4,300 in 2020.

My first full-time job allowed me access to a computer and some free time to experiment with computer graphics using such programs as Paintbrush. "Aww the memories..." See my actual first two Paintbrush images I created in 1993, AIR MUSEUM and RACE DAY. See an updated version of the AIR MUSEUM I remade in 2020.

As you can probally tell I've had the ambition to be creative, specifically working with and designing computer generated graphics. Developing and designing websites has given me this much needed creative outlet. Our community here allows us the ability to share our designs with others who have a the same interest. This makes being a web developer and graphic designer that much more rewarding. With the release of Visual Studio, Photoshop, Fireworks, Python, and other web development tools we now have a much broader range of creativity. Designing and coding has never been more exciting than it is today. I'm very enthused with sharing my personal designs with our community.

I've been asked if I develope responsive websites and the answer is "Yes, indeed!" However I still enjoy the designs of the internets early years! I hope you do as well!